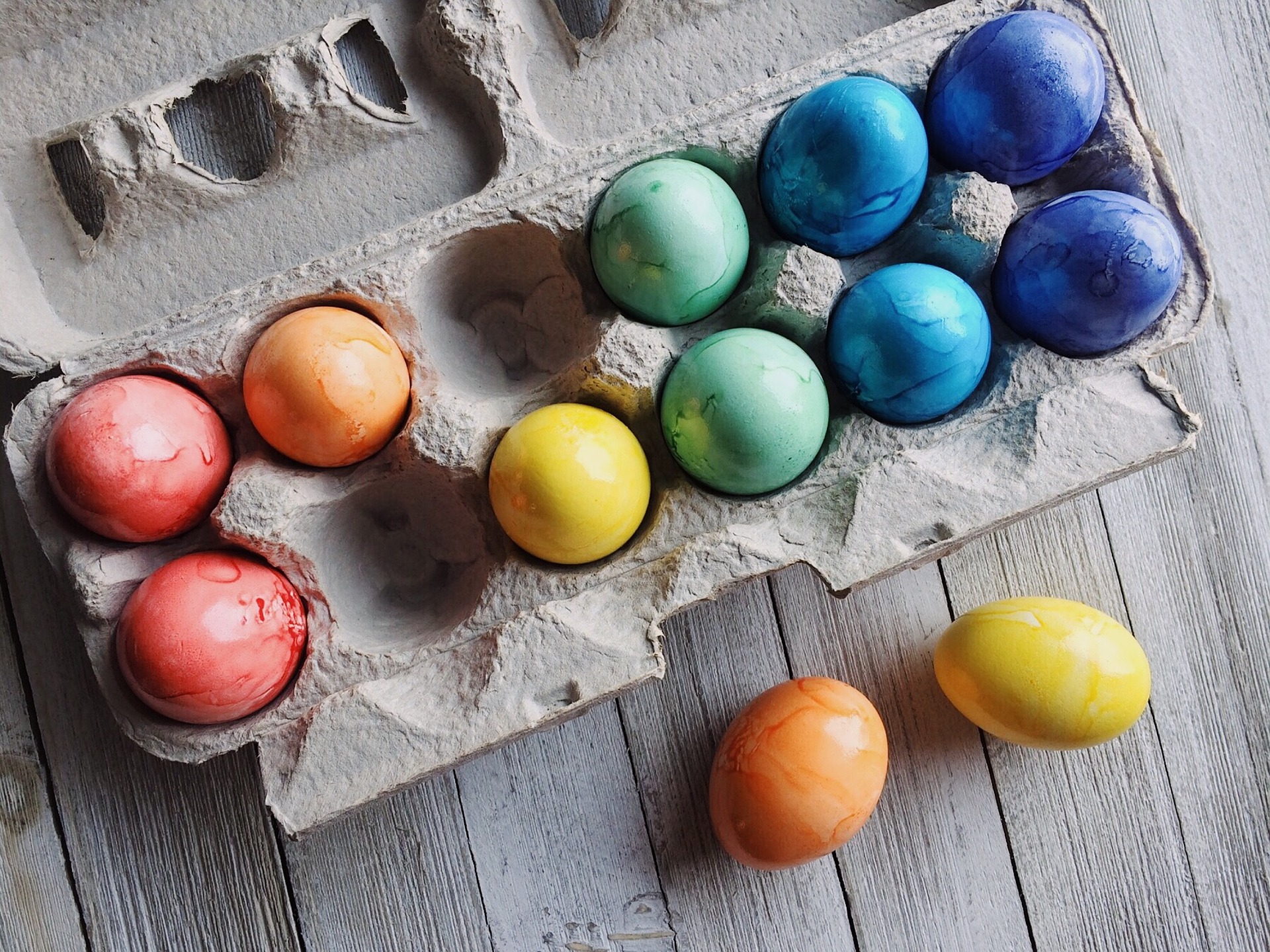 In many countries Easter means chocolate. Bags of pastel-coloured mini eggs, tin-foil-wrapped chocolate bunnies and the classic hollow egg, ready to be smashed to pieces.

These cocoa-based confections are available in Italy – though not in the same aisle-filling quantity – but chocolate simply isn’t the go-to Easter treat it is in other parts of the world.

Not when these traditional, and often regional, dolci start to appear on the shelves of pastry shops  around the country. 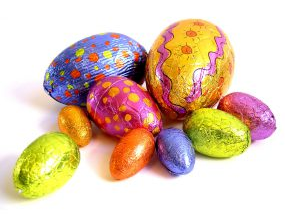 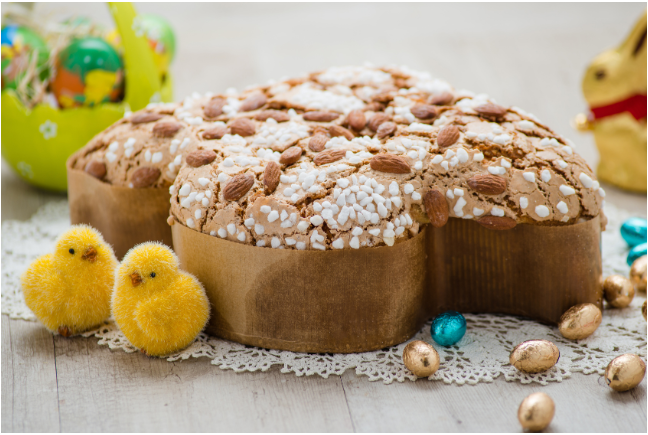 Supposedly shaped like a dove colomba is an enriched sweet bread very similar to panettone.

In the 1930s, the Christmastime treat was already being produced industrially but was, of course, only sold for a short period of the year. In order to boost sales, the Milanese baking company Motta came up with a new product which used the same equipment and almost the same dough as panettone.

Traditionally, colomba was made with candied fruit and topped with whole almonds and icing whereas panettone had both dried and candied fruit but no icing. These days the two desserts are almost interchangeable and both come in a variety of flavours, such as pear and chocolate, cherry, and pistachio.

Pardulas are star-shaped tartlets filled with saffron-spiked ricotta. Hailing from Sardinia, they’re customarily made with sheep’s milk ricotta – there are more sheep on the island than there are people – but versions sold elsewhere in Italy may use more readily available cow’s milk ricotta. Other variations include citrus flavoring and the addition of raisins to the filling.

They’re now available all year round but pardulas are still the quintessential Easter treat for Sardinians and are often served drizzled with honey. 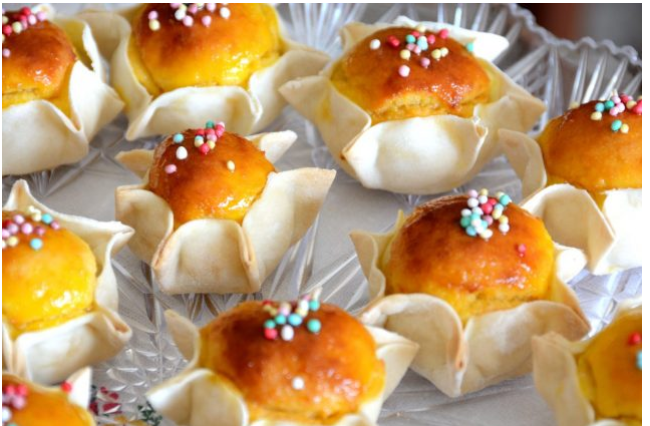 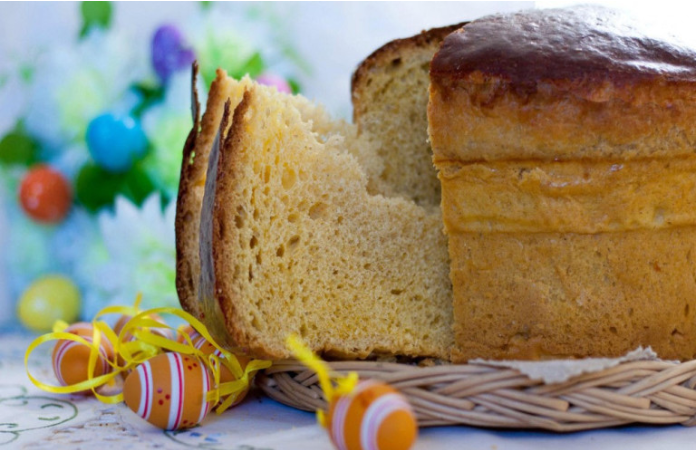 Yes it’s a pizza, but not as you know it. Think light and fluffy cake rather than a flat margherita-style pie. Eaten in central Italy, pizza dolce di pasqua (‘sweet Easter pizza’) can be enhanced with cinnamon, candied fruit, raisins, or even aniseed.

Traditionally, home cooks would make the dough on Good Friday, giving it enough time to rise before baking on Saturday evening. Eaten at breakfast on Easter Sunday, it’s often served with a spread of salami, boiled eggs and hot chocolate. A savoury form of pizza di pasqua, made with Parmigiano or Pecorino cheese, can also make an appearance at the table.

Torta di riso is made with similar ingredients to a British rice pudding, but is baked in the oven until the mixture is thick enough to cut a hefty slice. Both Tuscany and Emilia-Romagna boast interpretations of this comforting dessert and serve it up on special occasions such as birthdays or religious holidays, as well as Easter. 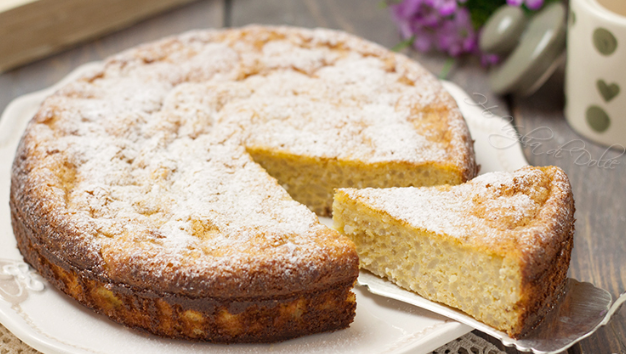 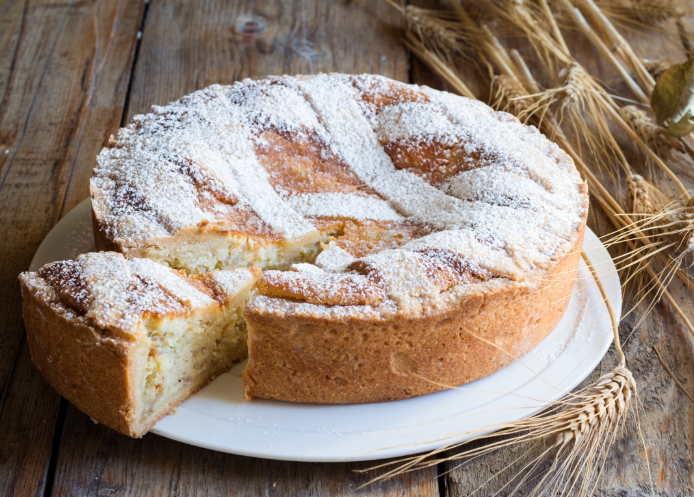 Sicily is well known for its desserts – thanks, in part, to the invasion of the Arabs in the 9th and 10th centuries, who bought with them sugar cane and new sugar production techniques – but the Sicilian cassata is an especially elaborate cake, even for those with a sweet tooth.

Soft sponge is layered with a sweetened ricotta filling before being covered with marzipan and icing. A rainbow of candied fruit on top provides a final excessive flourish to the cake, which was traditionally only served once a year due to its expensive ingredients and labour-intensive recipe.

‘Mpanatigghi are half-moon shaped biscuits filled with a mixture of chocolate, nuts, cloves, cinnamon and… beef.

They were most likely introduced to Modica in Sicily by the Spanish in the 16th century. The minced meat is almost undetectable in the finished product and legend has it that nuns in the local monasteries would make the biscuits during Lent to secretly ensure church leaders had enough energy during fasting. 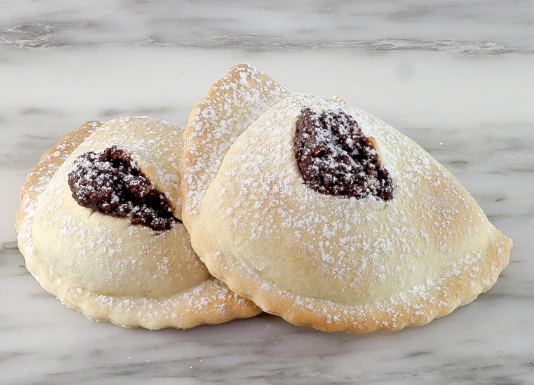 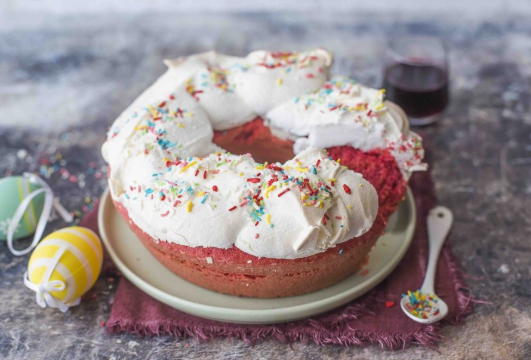 Pink, doughnut-shaped and topped with white icing and multicoloured sprinkles, the ciaramicola looks more American than Italian at first glance. In fact, this cheerful cake comes from Perugia, where it was customary for brides-to-be to give one to their future husbands at Easter time.

The colours come from a splash of red Alchermes liqueur in the batter and a white meringue topping, and are said to represent the Perugia coat of arms.

It’s thought to have links back to ancient times when it was eaten during Pagan celebrations of springtime, but the pastiera as we know it today was perfected by nuns from the Church of San Gregorio Armeno in Naples’ historic centre.

Their recipe of a short crusted pie with a filling of ricotta, cooked wheat grain, candied fruit and orange flower water is now an essential for pastry shops throughout Italy at any time of year. 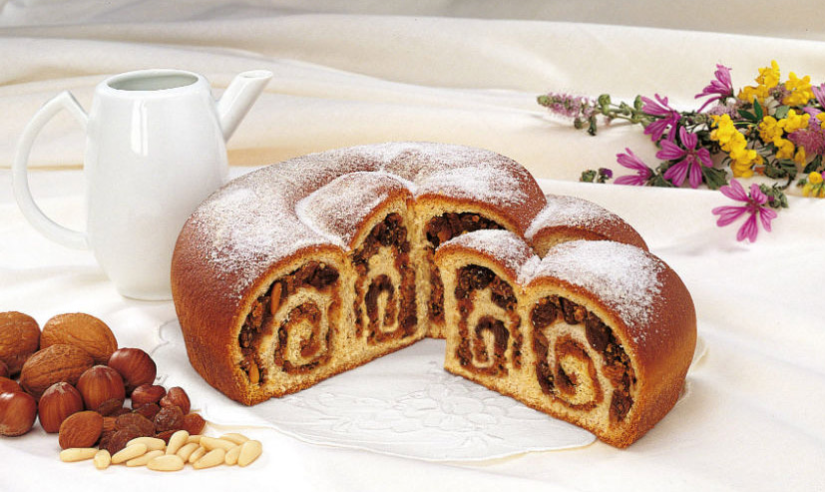 Originally cooked up for Christmas and Easter, the gubana is now eaten at any special occasion in Friuli-Venezia Giulia. However, the northern region is keeping the recipe to themselves as this sweet bread is rarely found further afield.

The characteristic spiral shape comes from rolling a brioche-like dough with a filling of walnuts, pine nuts, sugar and lemon zest. Sometimes grappa is also used to flavour this rich cake. 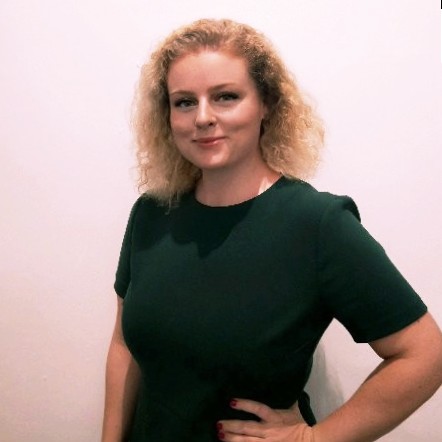