"In bocca al lupo!": origins of the famous expression

Literally meaning “in the mouth of the wolf!”, this popular colloquialism is just another way of wishing good luck to someone who is about to step into something new that might present a challenge – e.g., be it an exam,  the beginning of a new job or project, or an adventurous trip. 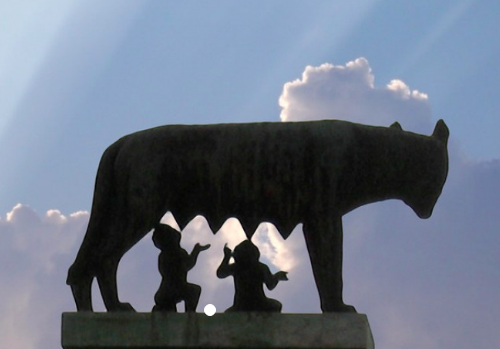 The origin of the expression is unclear. One interesting interpretation connects it to the ancient myth of the foundation of the city of Rome. The legend tells the story of two orphan twins, Romolo and Remo, rescued and suckled by a female wolf. Supposedly, the wolf cared for the toddlers in a cave, in the wild land where later on an adult Romolo laid the foundations of the city of Rome, becoming its founder and first king.

According to this interpretation, the expression “in bocca al lupo!” is meant to be a wish for protection, prosperity and the potential for great things by being safe in the mouth of the wolf.

However, this interpretation honouring the female wolf and her motherly nature, does not quite match with the answer that typically follows it: “crepi!” (colloquial for “may the wolf die!”), which suggests that the expression wishes you to be safe from the mouth of the ferocious wolf.

Interesting fact: Italian animal lovers suggested changing the answer from “crepi!” (may the wolf die!) to “viva!” (long live the wolf!). But we all know that changing a commonly used expression like that is never an easy task, even when it might be for good reasons.

Rome and its history